Top 10 most expensive cities in the World

“Traveling – it leaves you speechless, then turns you into a storyteller.” – Ibn Battuta

A global hub for tourism, commerce, economy and traffic, Frankfurt am Main is one of the most expensive cities for visitors and expats. Apart from being a green city with large parks and forests, Frankfurt seems to scare the tourists with the costs that exceed the normality.

For example, a meal in an inexpensive and regular restaurant will cost you around 11 €, while a meal at McDonalds will make you spend 7 €. Moreover, the average price of a cappuccino in a local coffee shop is 2.86 €.

If you are going to travel and move around the city with the local transport, a one-way ticket will cost you 2.80 €, while the gasoline is 1.26 €.

On the other hand and according to most of the visitors, to rent one bedroom apartment is way cheaper than the rental price you need to pay for a room in other similar metropolises. A bedroom apartment in the City Centre will make you spend 858.71 €.

The most populous city of England, London is a world cultural capital with huge range of people and cultures. If you have the chance yo travel to London, you should not miss the four World Heritage Sites: the Tower of London, the Palace of Westminster and St. Margaret’s Church and the settlement of Greenwich.

Let’s follow the same examples we used for Frankfurt and see if London is that expensive or not. Of course, this city is among the ten most expensive cities in the World and according to tourists and travellers, lifestyle in London is difficult in terms of money and budget.

A meal in a regular restaurant costs up to 17 €, but the McDonald’s meal makes you spend only 5 € in comparison to its cost in Frankfurt. Moreover, having a coffee in the centre of the city costs around 3 €.

On the other hand, travelling is London seems to be on the average cost. A one way ticket with the local transport costs 2.93 €, while the gasoline is 1.32 €.

To rent 1 bedroom apartment in this metropolis will make you spend 1.996 € if you want to reside in the city centre, but if you are looking for something on the outskirts of the city you might get a rental for only 1.350 €.

THE REPUBLIC OF SINGAPORE

Singapore, the world’s only island-city state, is located in the Southeast Asia and it has four official languages: Tamil, Malay, Mandarin and English. With a tropical rainforest climate and no distinctive seasons, Singapore is more and more visited by people who want to escape the low temperatures and spend more time in the sun. Moreover, the high temperatures between 22 to 35°C attract most of the tourists.

Singapore appears also on the list of the ten expensive cities in the world, although it is way cheaper than some of the European metropolises. In Singapore, eating in a restaurant is way less expensive than other metropolises and you might spend for a meal something like 7 €.

On the other hand, gasoline has a price of 1.35 €, while the one way local transport ticket is only 1 €.

According to most of the tourists, Singapore is expensive to live in, but you will get a totally different experience and lifestyle.

VIENNA,  AUSTRIA (The City of Music)

The capital and the largest city of Austria, Vienna is also considered an expensive metropolis. However, most of the travellers are heading straight to this gorgeous city for its music legacy and cultural life. In 2005, the Economist Intelligence Unit ranked this city as the world’s most liveable city.

One of the most expensive cities in the world, Vienna’s city centre was designated UNESCO World Heritage Site. Of course, the city results to be expensive and the quality of life is high.

Among the most expensive things and activities in Vienna, you will find the gasoline, sports leisure and the drinks, but also everyhing related to education.

Furthermore, to rent an apartment will cost you around 500 and 750 € per month. Not too expensive if you ask me!

Here you have some pictures with me in Vienna. No matter how expensive might have been, we enjoyed it so much that we visited it three time the same year in 2010.

Ranked as the number one in terms of life quality  in Europe, Oslo is the capital and the most populous city of Norway.

The fourth-most populous U.S State, New York City is also one of the most expensive cities in the world. Because of its great impact on fashion, commerce, media, art and technology, this city has become one of the most powerful metropolitan areas in the United States.

Taking into account the tourists experiences, the consumer prices are way higher than in any other country in Europe. Furthermore, rental prices are also higher along with the prices you have to pay for having dinner out in the city or when you want to do the shopping from a local street market.

For example, having your meal in a local regular restaurant will cost you 16.92 €, while a pack of cigarettes is 12 €,  100% more expensive than in Vienna or Frankfurt. Finding accommodation in New York should not be a problem, but you have to be aware of the budget you will have to spend. The rental price for 1 bedroom apartment in the City Centre costs 2.700€, 260% more than in Vienna. Oh my God!

On the contrary, one important advantage brought by travelling to New York is the price of the gasoline, which is almost 50% less expensive than the gasoline in any European country. The expats really enjoy moving around New York by car as the gasoline is only 0.60 €.

Despite being one of the most expensive cities in the world, Sydney is the most populous area in Australia and Oceania. It surrounds the world’s largest natural harbour and it became a significant strength in finance and tourism. Speaking of tourism, Sydney became the gateway for loads of international tourists who spent a significant amount of money in this city.

Speaking of the prices and how much you will spend in this expensive city, drinks such as water, wine and beer are much more expensive than in Europe and a pack of cigarettes will cost you around 18 €.

Childcare and education are also expensive.

In terms of rental and accommodation, the majority of tourists complain about the high prices of the properties. One bedroom apartment in the city centre costs 1.850 € per month. Quite expensive if you ask me!

This city, known as an alpha+ world city  (an important node in the global economic system), was ranked one of the most expensive cities for tourists and expatriates and one of the best cities in terms of heath, nightlife, shopping and transport.

The groceries and the consumer prices in Tokyo are high, while eating in restaurants results cheaper and saves you some money. A meal in a local restaurant will make you spend only 8.30 €.

Paradoxically, rice is expensive in Tokyo, while a pack of cigarettes is cheaper than in European countries. Furthermore, the costs of childcare and leisure activities are quite high, but the local transport is cheap enough to make you visit the entire city only by bus.

The ” City of Angels” is also one of the most expensive cities in the world. With an economy that focuses on culture, science, technology, education and fashion, Los Angeles became a global city full of tourist attractions. However, a tourist will notice the restaurant and consumer high prices, as a draught beer is 5 € and a meal around 15 € per person.

On the other hand, the local transport, the gasoline and cigarettes are cheaper than in other places.

Speaking of accommodation, the monthly rent for a bedroom apartment in the city centre will make you spend around 1.700 € , or 1.300 € for one on the outskirts.

Take into consideration that the consumer prices, the alcoholic drinks and the cigarettes are expensive in this city; so are the restaurant prices. Tourists pay up to 15 € for a meal per person, 3 € for a cappuccino and 8 € for a pack of cigarettes. Moreover, the local draught beer has a high price, as they will charge you 7 € for it.

In case you are planning to spend more time in Tel Aviv than just for a holiday, you need to know that a bedroom apartment in the city centre costs 1.200 €.

To sum up, this post about the top ten expensive places in the world was created in order to inform you on the cities that require more holiday money than usual. This is for those who travel a lot and live by travelling to different places in the world. All the prices above are estimated costs and they are taken from the tourists’ experiences. Moreover, all ten cities above are considered expensive mainly because of the overall economic experience of the tourists.

Hope you will enjoy this post and find it helpful. 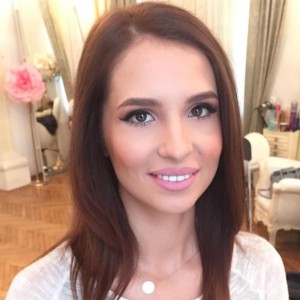 Torrevieja by the coast

Hi guys!
Resumed in a few phrases, we are Roxana and Andrei SIMILEA, a young just married couple born in Bucharest, ROMANIA. This blog it is about the everyday life of a young sailor and his linguist wifey who discover new ways of living in Spain and share them with you.